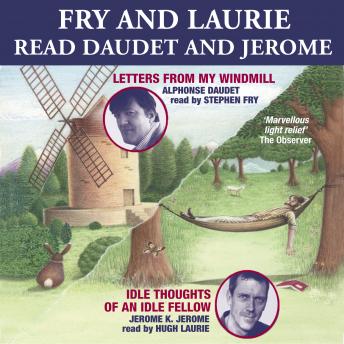 Stephen Fry and Hugh Laurie probably became best known for their numerous television appearances, particularly as Jeeves and Wooster and then together in their own comedy programmes Fry and Laurie and in Blackadder.

Now Fry and Laurie have gone their separate ways, Stephen directing and starring in various film such as Wilde and Gosford Park and Laurie acting in films such as Stuart Little and more recently winning a Golden Globe best TV actor award for his performance as the irascible American Doctor Gregory House in the TV series of the same name, House.

Now CSA Word brings them together again but as readers of a series of short stories, anecdotes, musings, light essays and fables written in the late 19th century by two authors who were never very prolific, but whose works have stood the test of time.

This title is due for release on May 18, 2006
We'll send you an email as soon as it is available!