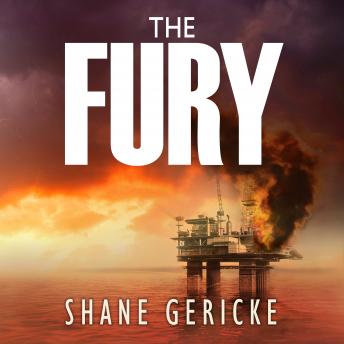 The Deepwater Horizon disaster in the Gulf of Mexico washes a cache of doomsday weapons onto a Mexican beach: bombs filled with VX nerve gas mixed with anthrax, invented by the Nazis during World War II and perfected by the United States to use in the Cold War. The bombs soon fall into the wrong hands and create an unstoppable opponent. Only one Chicago Police detective has a chance of preventing those bombs from being used on American soil.

Reeling from the recent murder of her husband as well as allegations of police misconduct, Detective Superstition 'Sue' Davis is thrown into an undercover assignment. She must infiltrate the Mexican narcotics cartel responsible for the death of her husband in order to get close to the cartel's sociopathic enforcer, Jimenez 'Jimmy' Garcia.

But when the entire Garcia family is killed in Mexico by a U.S. Special Forces raid gone wrong, Garcia will stop at nothing to get vengeance, including triggering newly acquired bombs on American soil. Superstition's assignment quickly becomes more dangerous than planned as the threat of a terrorist attack looms closer.