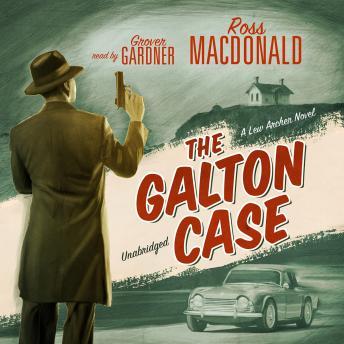 Almost twenty years have passed since Anthony Galton disappeared, along with a suspiciously streetwise bride and several thousand dollars of his family’s fortune. Now Anthony’s aging and very rich mother wants him back and has hired Lew Archer to find him. What turns up is a headless skeleton, a boy who claims to be Galton’s son, and a con game whose stakes are so high that someone is still willing to kill for them.
In the character of Lew Archer, Ross Macdonald redefined the private eye as a roving conscience who walks the treacherous frontier between criminal guilt and human sin—and in so doing, gave the American crime novel a psychological depth and moral complexity that his predecessors had only hinted at. Deliciously devious and tersely poetic, The Galton Case displays Ross Macdonald at the pinnacle of his form.