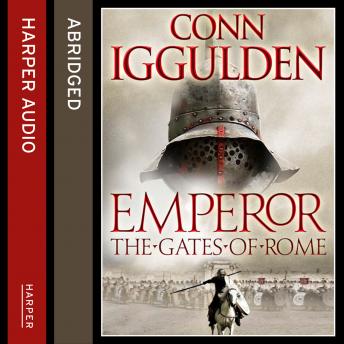 The Gates of Rome

From the spectacle of gladiatorial combat to the intrigue of the Senate, from the foreign wars that created an empire to the betrayals that almost tore it apart, the Emperor novels tell the remarkable story of the man who would become the greatest Roman of them all: Julius Caesar.

Brilliantly interweaving history and adventure, The Gates of Rome introduces an ambitious young man facing his first great test. In the city of Rome, a titanic power struggle is about to shake the Republic to its core. Citizen will fight citizen in a bloody conflict - and Julius Caesar will be in the thick of the action.