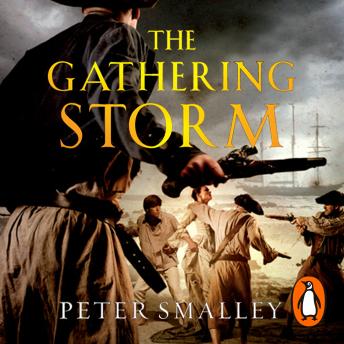 Though deeply disturbed by a terrible incident during his previous commission, James Hayter is nevertheless on the verge of taking command of HMS Sloop Eglantine as Master and Commander when personal tragedy shatters his life. The twin blows convince Hayter that he is not fit to command and he must turn his back on the sea forever. Even the intervention of his friend and former captain, William Rennie cannot not dissuade him from derelicting his duty.

Though repenting in the end of his decision, Hayter's career in the Navy appears to be over until the intervention of an agent, Mr Brough Mappin, working for Hayter's old nemesis, the British Secret Service Fund.

Mappin's plan offers Hayter a chance to revive his career on a special mission, with the promise of reinstatement in the Royal Naval List if he is successful. But it is also the single most dangerous mission of his life. He must sail for France with Rennie in HMS Expedient and there rescue some persons of interest from the grasp of the French Revolutionary forces searching for them.

What no one mentions is that the rescue will bring to bear on Expedient and her crew, a force so fierce and mighty that, if it can, it will wipe all trace of the incident, Hayter and the ship from the memory of everyone involved in the forthcoming struggle.