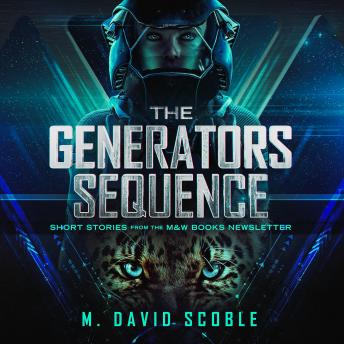 The Generators Sequence: Short Stories from the M&W Books Newsletter

The prison ship should have been dead when the final failsafe, Tristan 08 awoke. But Xander, the Evolved leopard spy had no intention of dying that day. That chance meeting would throw two civilizations into conflict across the stars in these four stories:

Twilight Rising - On a good day, an Autonomous Organic Emergency System remains in a twilight sleep and never sees another living human. Today is not a good day.

Windfall - Evolved feline Xander escaped from the prison ship and escaped from Conclave space. Proctor Cathcart wants her kitty back.

Overburdened - When the work he unknowingly sold to his mortal enemies is found on a spy, Gervais Moore finds himself overburdened by his own actions.