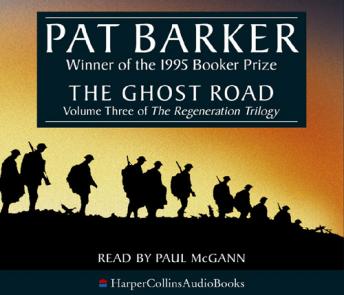 The third title in the Regeneration trilogy, read by Paul McGann.
1918, and Billy Prior is in France once again, a real test case for the 'shell-shock' therapies practised at Craiglockhart War Hospital where, with Wilfred Owen, he was a patient. Prior experiences a late-summer idyll, some days of perfect beauty, before the final battles in a war that has destroyed most of his generation. In London, Prior's psychologist, William Rivers, tends to his new patients, more young men whose lives and minds have been shattered. And remembers the primitive society on Eddystone Island where he studied as an anthropologist before the war. Gathering together both experiences, he sees the gulf between them narrow... Challenging and harrowing, brilliantly incisive yet always compassionate, Pat Barker's Booker Prize winning novel is magnificent listening.

This title is due for release on January 16, 2006
We'll send you an email as soon as it is available!