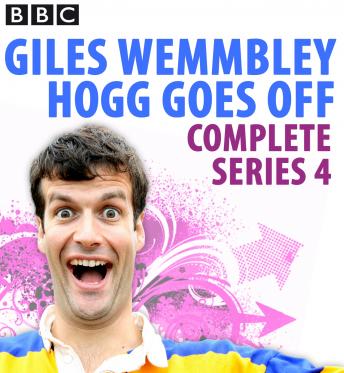 Giles has been grounded! Budleigh Salterton's most famous citizen has been forced to stay at home by the Home Office - and his father. But something minor like that won't dent Giles's enthusiasm, so in this fourth series he sets up GWH Travvel ('two 'm's, two 'g's, two 'v's - bit of a mix up at the printers'). Run from his bedroom, GWH Travvel is a one-stop Travel/Advice/Events Management/Website service, which always stays true to its motto: 'we go there so you won't want to'. Helped by his ex-primary school teacher Mr Timmis, Giles advises people on how to pack a rucksack ('if in doubt, put it in. And double it'), and even helps someone find a zebra for a corporate promotion. Series highlights include going to Greece to rescue some GWH Travvel punters that he'd accidentally put in harm's way, an Agatha Christie-style septuagenarian hen night 'Murder on the Orient Express' and a Vegas Road Trip featuring a powerful Jacuzzi and some sparkly Germans. This complete BBC Radio 4 series co-stars Catherine Tate, with guest stars Celia Imrie, Alison Steadman and Morwenna Banks.