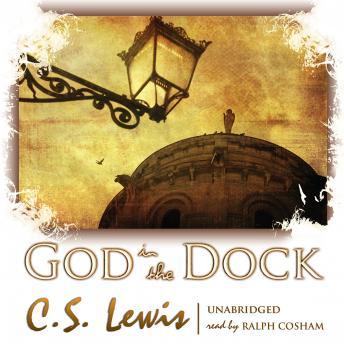 God in the Dock: Essays on Theology and Ethics

C. S. Lewis was a profound thinker with the rare ability to communicate the philosophical and theological rationale of Christianity in simple yet amazingly effective ways. His books were insightful, engaging, and often full of wit. Expressed in brilliant contemporary prose, these models of genuine Christianity contain a lasting relevance that make them perennial bestsellers.
God in the Dock contains forty-eight essays and twelve letters written by Lewis between 1940 and 1963 for a wide variety of publications. Ranging from popular newspaper pieces to learned defenses of the faith, these essays cover topics as varied as the logic of theism, good and evil, miracles, vivisection, the role of women in church polity, and ethics and politics. Many of these writings represent Lewis’ first ventures into themes he would later treat in full-length books.

God in the Dock: Essays on Theology and Ethics