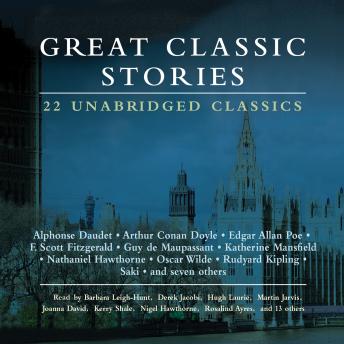 A treasure chest of the written and spoken word, this collection is read by brilliant actors who make this audio anthology a genuine treat for the listener. This audio recording includes:

“The collection boasts performances by veteran British actors—including such audio luminaries as Derek Jacobi, Martin Jarvis, Rosalind Ayres, Stephen Fry, and the late Sir Nigel Hawthorne. The readings range from fine to superb. Not a dud in the lot.”--AudioFile

This title is due for release on October 15, 2006
We'll send you an email as soon as it is available!