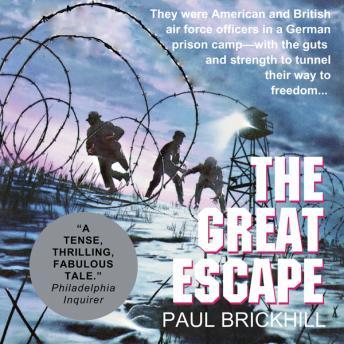 It was a split-second operation as delicate and as deadly as a time bomb. It demanded the concentrated devotion and vigilance of more than six hundred American and British air force officers, every single one of them, every minute, every hour, every day, and every night for more than a year. With only their bare hands and the crudest of homemade tools, they sank shafts, built underground railroads, forged passports, drew maps, faked weapons, and tailored German uniforms and civilian clothes. They developed a fantastic security system to protect themselves from the German “ferrets” who prowled the compounds with nerve-racking tenacity and suspicion. And against all odds, they pulled off a daring mass escape from a German POW camp.

This title is due for release on June 11, 2009
We'll send you an email as soon as it is available!