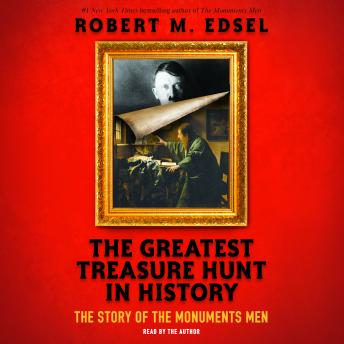 The Greatest Treasure Hunt in History: The Story of the Monuments Men

As the most destructive war in history ravaged Europe, many of the world's most cherished cultural objects were in harm's way. The Greatest Treasure Hunt in History recounts the astonishing true story of 11 men and one woman who risked their lives amidst the bloodshed of World War II to preserve churches, libraries, monuments, and works of art that for centuries defined the heritage of Western civilization. As the war raged, these American and British volunteers -- museum curators, art scholars and educators, architects, archivists, and artists, known as the Monuments Men -- found themselves in a desperate race against time to locate and save the many priceless treasures and works of art stolen by Adolf Hitler and the Nazis.

Greatest Treasure Hunt in History: The Story of the Monuments Men