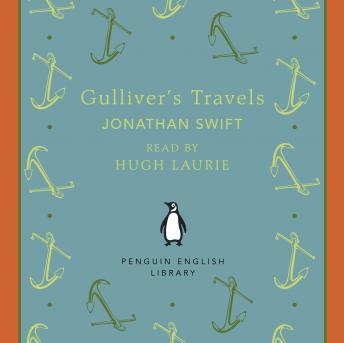 'Fifteen hundred of the Emperor's largest horses, each about four inches and an half high, were employed to draw me towards the Metropolis, which, as I said, was half a Mile distant'

A savage and hilarious satire, Gulliver's Travels sees Lemuel Gulliver shipwrecked and adrift, subject to bizarre and unnerving encounters with, among others, quarrelling Lilliputians, philosophising horses and the brutish Yahoo tribe, that change his view of humanity - and himself - for ever. Swift's classic of 1726 portrays mankind in a distorted hall of mirrors as a diminished, magnified and finally bestial species, presenting us with a comical yet uncompromising reflection of ourselves.

The Penguin English Library - 100 editions of the best fiction in English, from the eighteenth century and the very first novels to the beginning of the First World War.