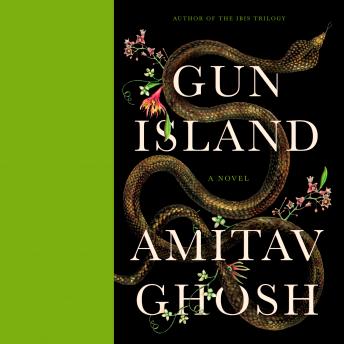 From the award-winning author of the bestselling epic Ibis trilogy comes a globetrotting, folkloric adventure novel about family and heritage.


“With sweeping exuberant style and extraordinary linguistic facility, Ghosh takes us into a world where desperate refugees trickle through borders like water from melting ice, but where massing animals find no escapes. Old legends and ancient myths take on new meaning. The difficulties of characters in the Sundarbans begin to appear the world over as the climate becomes a forcing element. Our ordinary lives with air travel, cell phones, friends in distant places, smart-mouth teenagers, life insurance, money and investment concerns intersect with forest fire, flooding, storms. This important novel is an account of our current world, the one few writers have had the courage to face.” ―Annie Proulx, winner of the Pulitzer Prize in Fiction


Bundook. Gun. A common word, but one which turns Deen Datta's world upside down.

A dealer of rare books, Deen is used to a quiet life spent indoors, but as his once-solid beliefs begin to shift, he is forced to set out on an extraordinary journey; one that takes him from India to Los Angeles and Venice via a tangled route through the memories and experiences of those he meets along the way. There is Piya, a fellow Bengali-American who sets his journey in motion; Tipu, an entrepreneurial young man who opens Deen's eyes to the realities of growing up in today's world; Rafi, with his desperate attempt to help someone in need; and Cinta, an old friend who provides the missing link in the story they are all a part of. It is a journey which will upend everything he thought he knew about himself, about the Bengali legends of his childhood, and about the world around him.

Gun Island is a beautifully realised novel which effortlessly spans space and time. It is the story of a world on the brink, of increasing displacement and unstoppable transition. But it is also a story of hope, of a man whose faith in the world and the future is restored by two remarkable women.