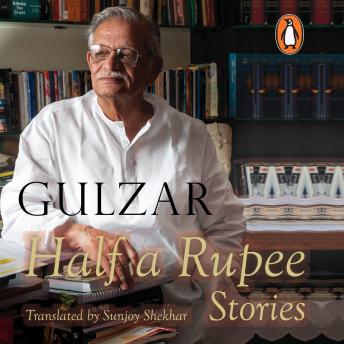 'Twenty-five fascinating stories from the inimitable Gulzar A suicide bomber in a small town plans out her last day, getting herself photographed before she goes and blows up the prime minister. A drunkard in a Mumbai slum tries to compete with the torrential rain, even as it washes his dwelling away. An army man at the border has become so accustomed to speaking over the wireless that he now ends every sentence with ‘Over!’ And in the title story, a cop drags a dead cow from Vinayak Rao Patwardhan Road to the adjoining Bapu Road since the latter is so much easier to spell. From real-life stories about Javed Akhtar, Sahir Ludhianvi and Kuldip Nayyar to tales set in Kashmir, in the hinterland, in the modern megalopolis and on the LoC, from anecdotes of love and betrayal to fables of courage and conviction, this is an enthralling collection available in English for the very first time.'