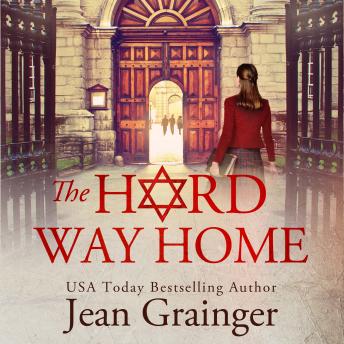 Liesl Bannon has never felt like she was truly at home anywhere, not since her mother placed her and her brother Erich on the last Kindertransport out of Berlin in 1939. She’d been so much more fortunate than most Jews, saved from the horrors of the Nazi regime. Being adopted by Elizabeth and Daniel Lieber meant she and Erich spent the war in Northern Ireland, safe and loved, but Liesl always knew something was missing.

When an opportunity to return to Berlin to represent her university presents itself, she is so torn. Should she go back to the city that rejected her and her family, would it be too harrowing, or would it feel like home?

In Berlin, a chance encounter with an old family friend sparks emotions for Liesl that she’d suppressed since she was a child. She finds herself desperately wanting to go back to those carefree days before Hitler, when life made sense, but why was her family so set against her return? Was it because they were worried about her as they claimed, or was there a darker, more sinister reason?

The Hard Way Home is the third book in the bestselling Star and the Shamrock series.