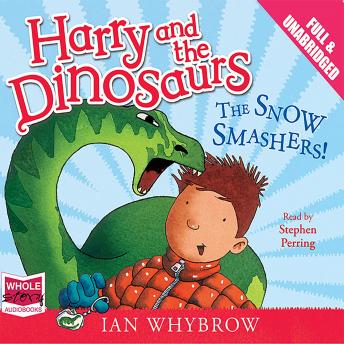 Harry and the Dinosaurs: The Snow Smashers!

When a mysterious set of plastic dinosaur cards appear on his key-ring, Harry soon finds that he can call on an army of Back-Up Dinosaurs for some MONSTER-sized muscle!
A big snow storm has blocked the roads, and the residents of Huntingdon village are trapped. Harry and his friends - Jack, Charlie and Siri - want to deliver emergency supplies. But it would take the strength of a triceratops or the enormous bulk of an apatosaurus to help them...

Harry and the Dinosaurs: The Snow Smashers!