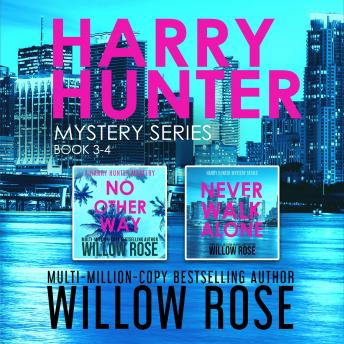 Detective Harry Hunter of Miami PD’s homicide squad throws himself into a case no one asked him to solve.

Four teenagers from one of Miami's affluent neighborhoods are murdered on a boat. Another is found dead in a dumpster. All five of them go to the same school and are on a list of witnesses to another crime.

Because he's in bad standing with his boss, Harry is given the task of protecting a possible future victim, but Harry isn't always known to follow his boss's orders.

Soon, he'll risk everything while racing to stop a killer who has left everyone else in the homicide squad shaking in terror.

The world is on lockdown due to a virus that originated in Miami.

A woman is kidnapped from her apartment, and Detective Harry Hunter is on the case.

At the same time, his sister shows up after they haven't seen each other in a year.

It turns out, Harry's sister knows more about the virus than she lets on. Soon, he wonders if the virus is connected to the missing woman.

As he digs deeper into the strange mystery, he realizes his sister's life is in great danger, and so is his.of trusting anyone in a town filled with liars.

This title is due for release on February 12, 2021
We'll send you an email as soon as it is available!