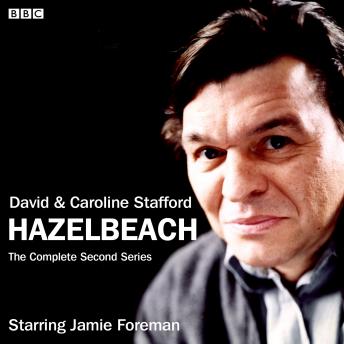 A BBC Radio 4 Sitcom based around the mysterious but loveable crook character of Ronnie Hazelbeach. Starring Jamie Foreman, Paul Bazely, Tracy Wiles, John Dougall and Neil Stuke. In this 2nd series, Nick is still sharing his late father’s flat with Ronnie and being a reluctant partner in crime. He is still in love with his ex-girlfriend Chloe, who is still unhappily married to the generally unpleasant James. But things are about to change... Features the following episodes: ‘Chess’ (13/07/2009) - Ronnie and Nick's domestic harmony is disrupted by a very unwelcome guest. ‘Film’ (20/07/2009) - An unsuitable film is made and Nick has a whirlwind romance. ‘Meat’ (27/07/2009) - Ronnie organises a raffle and James has a bad hair day. ‘Tour Guide’ (03/08/2009) - Ronnie loses a prized possession and Nick learns what it means to be the Daddy. ‘Cleaner’ (10/08/2009) - Ronnie has a close encounter in Hull and Nick invents a new sport. ‘Weed’ (17/08/2009) - Nick and Ronnie discover that there is a fate worse than James.