Heck: Where the Bad Kids Go 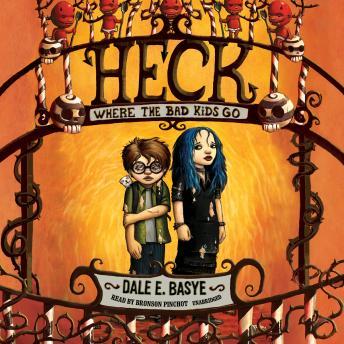 When Milton and Marlo Fauster die in a marshmallow-bear explosion, they get sent straight to Heck, an otherworldly reform school. Milton can understand why his kleptomaniac sister is here, but Milton is—or was—a model citizen. Has a mistake been made? Not according to Bea “Elsa” Bubb, the Principal of Darkness. She doesn’t make mistakes. She personally sees to it that Heck—whether it be home-ec class with Lizzie Borden, ethics with Richard Nixon, or gym with Blackbeard the pirate—is especially, well, heckish for the Fausters. Will Milton and Marlo find a way to escape? Or are they stuck here for all eternity, or until they turn eighteen, whichever comes first?

Heck: Where the Bad Kids Go

This title is due for release on January 10, 2010
We'll send you an email as soon as it is available!