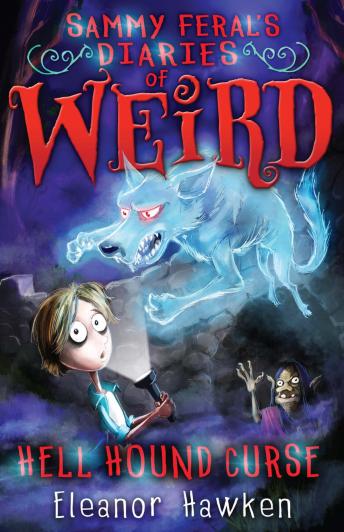 Eleanor Hawken worked as a children's book editor for many years and was part of the team that established the Bath Festival of Children's Literature. Her popular children's series Sammy Feral's Diaries of Weird chronicles the hilarious adventures of a boy who spends his time with the furry and ferocious tenants of the zoo his family runs.

To make some extra money for the Feral Zoo, Sammy, Red and Donny decide to promote their cryptozoology business: investigating animals that don't exist. What could possibly go wrong? Everything! Hired to check out sightings of a ghost dog, the friends uncover the terrifying legend of the Hell Hound. Anyone who is seen by this terrible beast is struck with a death curse. So when Sammy's best friend Mark runs into the deadly dog,
Sammy knows he doesn't have long to figure out how to save him!