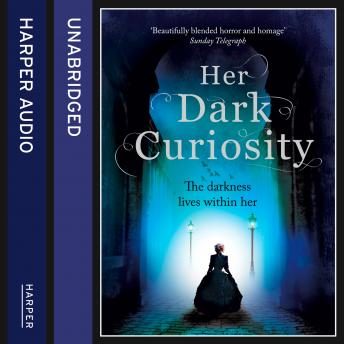 Inspired by The Strange Case of Dr. Jekyll and Mr. Hyde, this tantalizing sequel to Megan Shepherd's gothic suspense novel, The Madman's Daughter, explores the hidden natures of those we love and how far we'll go to save them from themselves.

To defeat the darkness, she must first embrace it.

Back in London after her trip to Dr. Moreau's horrific island, Juliet is rebuilding the life she once knew and trying to forget her father's legacy. But soon it's clear that someone - or something - hasn't forgotten her, as people close to Juliet start falling victim to a murderer who leaves a macabre calling card of three clawlike slashes. Has one of her father's creations also escaped the island?

As Juliet strives to stop a killer while searching for a serum to cure her own worsening illness, she finds herself once more in a world of scandal and danger. Her heart torn in two, past bubbling to the surface, life threatened by an obsessive killer - Juliet will be lucky to escape alive.