The Highland Witch: A Novel 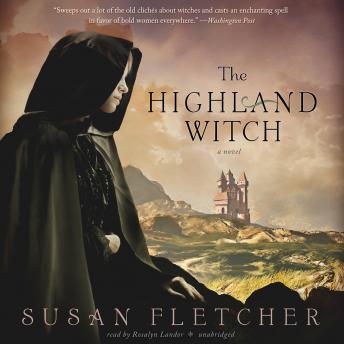 A breathtaking novel of passion and betrayal in seventeenth-century Scotland and the portrait of an unforgettable heroine
February 13, 1692. Thirty-eight members of the MacDonald clan are killed by soldiers who had previously enjoyed the clan’s hospitality. Many more die from exposure. Forty miles south, brilliant, captivating Corrag—accused witch and orphaned herbalist—is imprisoned in the Scottish highlands for her involvement in the massacre. As she awaits her death, she tells her story to Charles Leslie, an Irish propagandist who seeks information she may have condemning the Protestant King William. Hers is a story of passion, courage, love, and the magic of the natural world. By telling it, she transforms both their lives.
As in her award-winning debut novel, Eve Green, Susan Fletcher shows that she is “a novelist with the soul of a poet” (Booklist). This deeply philosophical and dramatic book is about an epic historic event and the difference a single heart can make—and how deep and lasting relationships can come from the most unlikely places.