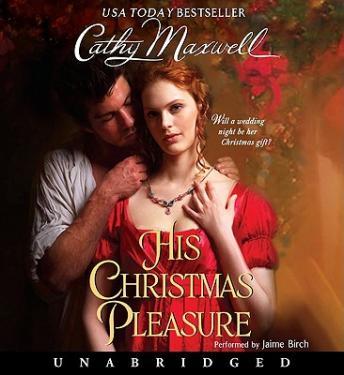 Anything can happen at Christmas!

When her father threatens to marry Abigail Montross off to a man twice her age (and with thirteen children!), she decides to elope instead with the irresistibly handsome Bar'n de Vasconia. She knows all about his notorious reputation. He is the most seductive man in all of London, but he's vowed to protect her, so she allows herself to be tempted into his bed, promising to guard her heart at all costs.

Andres believes he's entered into nothing more than a marriage of convenience with a charming and very wealthy young woman. But the days'and nights'Abigail spends in his arms soon reform this rogue. He'll do anything to gain her love'until they each discover the truth about the other and old wounds are revealed.

It's the season of miracles and passion'when love not only awakens the senses but delivers the greatest gift of all . . .

This title is due for release on November 30, 2010
We'll send you an email as soon as it is available!