A History of the Bible: The Book and Its Faiths 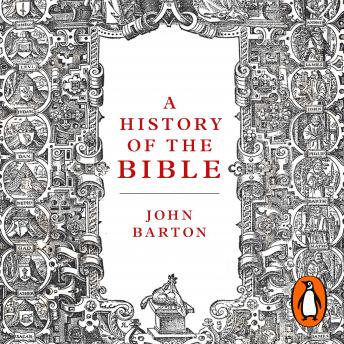 WINNER OF THE 2019 DUFF COOPER PRIZE

Penguin presents the audiobook edition of A History of the Bible by John Barton, read by Ralph Lister.

The Bible is the central book in Western culture, yet extraordinarily there is no proper history of it. This exceptional work, by one of the world's leading Biblical scholars, provides a full account of how the different parts of the Bible came to be written; how some writings which were regarded as holy became canonical and were included in the Bible, and others were not; what the relationship is of the different parts of the Bible to each other; and how, once it became a stable text, the Bible has been disseminated and interpreted around the world. It gives full weight to discussion of the importance of the Tanakh (Old Testament) in Judaism as in Christianity. It also demonstrates the degree to which, contrary to widespread belief, both Judaism and Christianity are not faiths drawn from the Bible texts but from other sources and traditions. It shows that if we are to regard the Bible as 'authoritative' it cannot be as believers have so often done in the past.

History of the Bible: The Book and Its Faiths