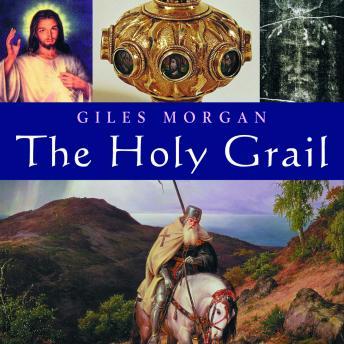 The Holy Grail is a subject that fascinates and intrigues. Through its various guises as magic cauldron, cornucopia, horn of plenty and chalice cup it has remained at the centre of popular culture from antiquity right up to the present day. An object of marvel and mystery it inhabits a place in mythology that has its roots in historical facts. The Grail has been a major inspiration and catalyst for literature and the arts in Western Culture. From Celtic mythology to the flowering of the medieval romances it has in many ways fulfilled its mythical role as a nurturing and regenerative vessel by providing such a rich and seemingly perpetual source of interest to writers and artists.

Charting the emergence of the story of the Grail offers a revealing insight into the cultural shift from Celtic paganism to the emergence and domination of Christianity in Western Europe. The influence of Eastern mysticism emerges in the Grail romances as a result of the medieval crusades with its clash of cultures and subsequent cross-pollination of ideas. The Grail has come to symbolise the ultimate achievement in the modern mind and it became an object of fascination for the psychologist Carl Jung and the poet TS Eliot. Wagner, William Blake and the Pre-Raphaelites are just some of the artists to have fallen under its enduring spell.