Homer's The Iliad and The Odyssey: A Biography 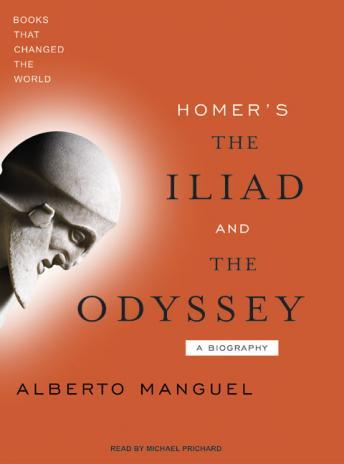 No one knows if there was a man named Homer, but there is little doubt that the epic poems assembled under his name form the cornerstone of Western literature. The Iliad and the Odyssey-with their incomparable tales of the Trojan War, Achilles, Ulysses and Penelope, the Cyclops, the beautiful Helen of Troy, and the petulant gods-are familiar to most people because they are so pervasive. They have fed our imaginations for over two and a half millennia, inspiring everyone from Plato to Virgil, Pope to Joyce, Dante to Wolfgang Petersen. In this graceful and sweeping addition to the Books that Changed the World series, Alberto Manguel traces the lineage of these epic poems. He considers their original purpose, either as allegory or record of history; surveys the challenges the pagan poems presented to the early Christian world; and traces their spread after the Reformation. Following Homer through the greatest literature ever created, Manguel's book above all delights in the poems themselves, the 'primordial spring without which there would have been no culture.'

Homer's The Iliad and The Odyssey: A Biography