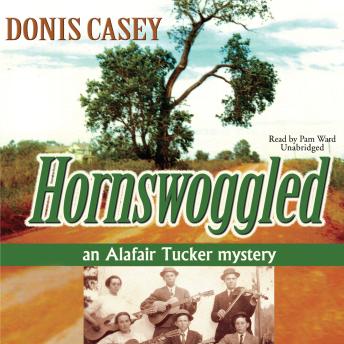 It’s the spring of 1913, and love is in bloom for Alice Tucker. Alice’s new beau, Walter Kelley, is handsome and wealthy. Everyone in Boynton, Oklahoma likes him, except Alice’s mother, Alafair. She sees that Walter has a weakness for the ladies—and they for him. Moreover, Walter’s late wife Louise was murdered and the murderer has not been caught. Walter had an alibi, so the sheriff has cleared him of the crime, but Alafair is not so sure that he wasn’t involved in some way.
Alafair sets out to prove to the headstrong Alice that Walter is no paragon. You can bet Alice will have something to say about that. As she searches for the truth behind the death of Louise Kelley, Alafair uncovers such a tangle of deceit and misdirection that she begins to think that the whole town has been downright hornswoggled.