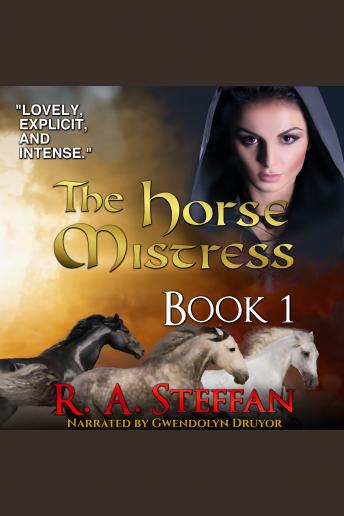 The Horse Mistress, The: Book 1

Her secret could save her people. It will also destroy her life.
Carivel was born female, but she has been secretly living as a boy for years in her adoptive village of Draebard. The last thing she needs is to fall for not one, but two unattainable men-a fierce warrior and a reluctant wolf-shifter with a horrific past. Now, the Alyrion Empire is poised to invade, and Carivel must choose whether to keep her secret or reveal it-not only to the men she loves, but also to the powerful female ruler whose army could help protect Draebard during the coming war.
Steamy and spellbinding, The Horse Mistress: Book 1 combines detailed world-building and a heartfelt romance between three noble, damaged people who have no one to turn to but each other.
Author's note: This book contains descriptions of violence and graphic sex, including sex between men and sex with multiple partners (MMF). It is intended for a mature audience.