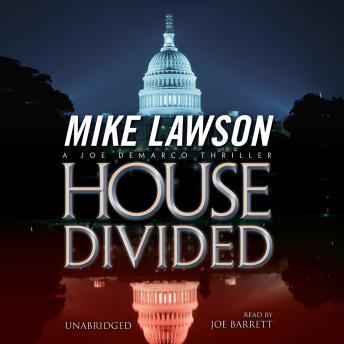 House Divided is inspired and compelling, a strong addition to this celebrated series.
When the National Security Agency is caught wiretapping US citizens without the proper warrants, a political scandal erupts, and the secret program comes to a screeching halt. But Dillon Crane, the NSA genius who spearheaded the most sophisticated eavesdropping operation in history, isn’t about to sit idly by while spineless politicians sleepwalk the country into another 9/11—and Crane cleverly moves his illegal eavesdropping program into the shadows.
But operating in the shadows can cause complications. When the NSA illegally records what appears to be a rogue military group killing two American citizens, Crane can’t simply walk over to the Pentagon and ask what’s going on—and before long, the largest intelligence agency in the country is locked into a deadly battle with a four-star army general who is just as capable and just as committed as Dillon Crane.
Caught in the middle of all this is Joe DeMarco. One of the civilians killed was his cousin, and all DeMarco is trying to do is bury the poor guy and settle his estate—but DeMarco soon finds himself being used as a sacrificial pawn in a lethal game between a master spy and a powerful general. Although a man with many flaws, DeMarco ultimately decides that he’s not going to be anyone’s pawn, no matter how powerful his opponents may be.