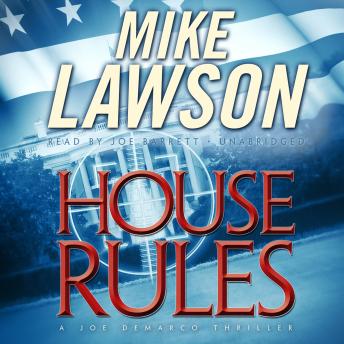 In House Rules, two foiled terrorist attacks and a law targeting Muslim Americans send Joe DeMarco on a dangerous mission among mobsters, meth dealers, and the Washington political elite.
First there was the bomb meant for the Baltimore Harbor Tunnel; then a private plane headed straight for the White House is shot down. An atmosphere of fear and panic overruns the country, and when a senator proposes to run extensive background checks on all Muslims and deport any who aren’t citizens, his bill gains surprising traction. John Mahoney, the larger-than-life Speaker of the House, is not pleased. But Mahoney has a connection to one of the attackers, one he wants kept a secret. So he calls DeMarco, who attempts to get to the bottom of the attacks and to pacify his difficult yet charismatic boss in this riveting installment in the series.