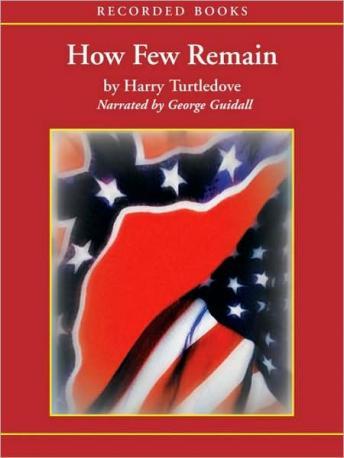 Harry Turtledove, the master of alternate history, crafts arresting novels based on hypothetical scenarios and featuring iconic figures from the past. How Few Remain, a novel of the second war between the states, is hailed as 'compelling' by Publishers Weekly in a starred review. A generation after the South wins the Civil War, it annexes critical territory in Mexico. Outraged, the United States declares total war. This time the American army faces danger on all sides--Confederates, outlaws, Apaches, French, and even the British. George Custer and Teddy Roosevelt fight hard and give the Americans hope. But to win, they need a commander as brilliant as Stonewall Jackson, and they must stop Jeb Stuart's glorious cavalry. Riveting what-if situations make this a unique, intriguing book. Expert narrator George Guidall creates distinct personalities for the numerous characters, including socialist lecturer Abraham Lincoln, Confederate President James Longstreet, and antiwar journalist Samuel Clemens.

This title is due for release on May 28, 2010
We'll send you an email as soon as it is available!