How the Hippies Saved Physics 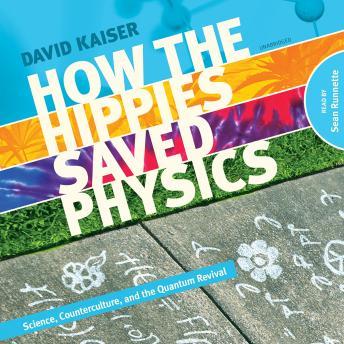 The surprising story of eccentric young scientists who stood up to convention—and changed the face of modern physics
In the 1970s, amid severe cutbacks in physics funding, a small group of underemployed physicists in Berkeley decided to throw off the constraints of academia and explore the wilder side of science. Dubbing themselves the “Fundamental Fysiks Group,” they pursued a freewheeling, speculative approach to physics. Some dabbled with LSD while conducting experiments. They studied quantum theory alongside Eastern mysticism and psychic mind reading, discussing the latest developments while lounging in hot tubs. Unlikely as it may seem, this quirky band of misfits altered the course of modern physics, forcing mainstream physicists to pay attention to the strange but exciting underpinnings of quantum theory. Their work on Bell’s theorem and quantum entanglement helped pave the way for today’s advances in quantum information science.
A lively and entertaining Cinderella story, How the Hippies Saved Physics takes us to a time when only the unlikeliest heroes could break the science world out of its rut.

How the Hippies Saved Physics