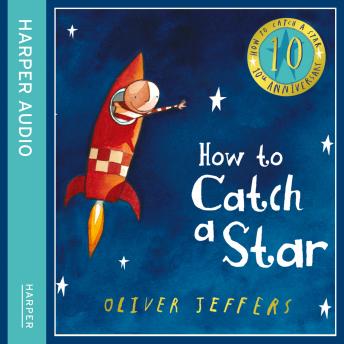 How to Catch a Star (10th Anniversary edition)

Celebrate the 10th anniversary of world-renowned illustrator Oliver Jeffers' debut picture book, the much-loved How to Catch a Star!

The publication of How to Catch a Star in 2004 heralded the arrival of a captivating new talent on the picture book scene. Now beloved by children all over the world, the book has achieved huge critical and commercial success.

Oliver and HarperCollins are proud to mark the anniversary in style with this exquisite gift edition, including a letter from the author and previously unpublished drawings - a book that no Oliver Jeffers fan will want to be without!

How to Catch a Star (10th Anniversary edition)