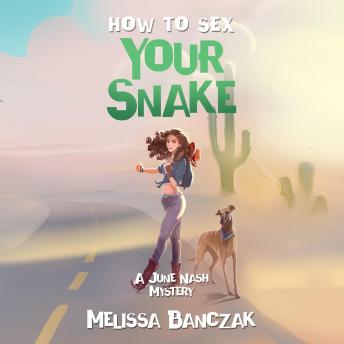 How to Sex Your Snake:

A pool of blood...
A missing body...
A brother accused of murder...

June Nash has the worst luck.June's got a pretty great job as the personal assistant to her twin brother, star of the number one nature show on TV. And then he's accused of murder.

And that's not good. Famous people and handcuffs are a terrible combination. Networks tend to fire first and ask questions later. June does not want to lose her cushy assistant job. Or, you know, see her brother end in jail.

When she accidentally stumbles onto a clue that will clear his name, she's forced to team up with her arch nemesis in a race against time, with the outcome leaning heavily toward a blast-I'm-going-to-die kinda weekend.

How to Sex Your Snake: