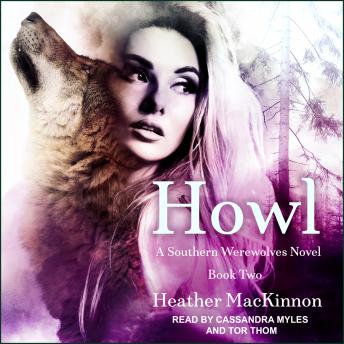 When Elizabeth just barely made it through her first full moon as a werewolf, she thought the worst was behind her.

While she struggles to control her temper and keep her wolf side at bay, she's also juggling her old life as an attorney living in Raleigh, with being a werewolf in a pack in Asheville. Add in the fact that the man that attacked her is now killing women who look just like her, and she has her hands full.

Good thing she has Abraham by her side. The werewolf who's apparently her fated mate is the sexiest man she's ever met, and all hers. So, why can't she give him her heart like he's given his?
Can Elizabeth give up her old life in Raleigh and commit to Abraham and her new pack? If she puts aside her fears and stubborn pride, she might. That is if she can figure out who the serial killer is before he comes back for her.