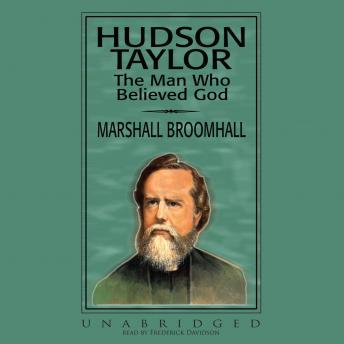 Hudson Taylor is one of the most remarkable of Christianity's heroes. A gawky, determined Yorkshire boy of commonplace origins, mediocre education, and uncertain health, Hudson Taylor lived in the assurance that under God's direction he would someday evangelize China's 400,000,000 souls. Today he is remembered both as the founder of the world-famous China Inland Mission and one of history's great men of faith.
Hudson Taylor left England on September 19, 1853, and did not reach China until the spring of 1894. The long and arduous voyage, persecution, poverty and the barriers of language and culture did not deter him from his mission. throughout a life filled with trials of all sorts, Taylor remained confident in his knowledge of God's will and of his care, even in the shadow of death.