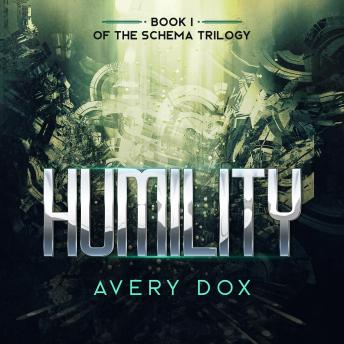 Humility: Book #1 of The Schema Trilogy

Spoil Their Spoils, and Let Them Rejoice on Lifeless EarthIn the bayfront land of Tenoch, the death of Roberts Tolyem has exposed a vulnerability that citizens haven’t felt in decades. Those who saw their once-meager lives transform into a world of opulence and prosperity now question what future awaits them. Tenoch’s sudden rise as a global power left it with countless adversaries from all sides of the bay—including the tribe it conquered in a violent resurgence just generations prior. Mounting international tensions, fueled by nuclear capabilities, approach a fever pitch.

Beneath Tenoch’s unrest lurks a marvel of modern engineering. Fusing chemistry and computing, this top-secret discovery could advance civilization further than the internet, electrical circuit, or even the wheel. Whether it can survive Tenoch’s forthcoming regime change will depend on an unlikely encounter between enemy agents, fierce allies, and unwitting bystanders.

Swept into the turmoil is Kai Navarro, a boy who’s never left his native village.

'From the moment I met Kai to the stunning conclusion of this novel, I was hooked...A fantastic story that leaves you begging or more.' -Heather Sharfeddin, Sweetwater Burning

This title is due for release on November 12, 2016
We'll send you an email as soon as it is available!