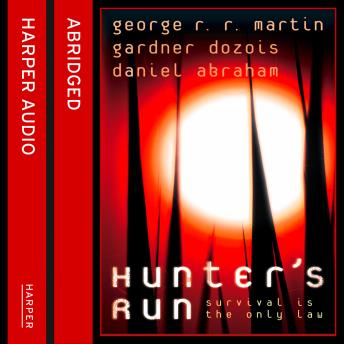 A new benchmark in modern SF. A sharp, clever, funny morality tale that answers the biggest question of all: what makes us human?


A fight in an alley behind a bar: a visiting European is knifed by local thug Ramon Espejo and all hell breaks loose.


The dead man was a diplomat on an important mission to São Paulo, and next day Ramon is on the run heading north in his van toward land that no one has ever explored, or even thought of exploring, land so far only glimpsed from orbit during the first colony surveys.


There are women still alive on São Paulo who can recall the initial descent onto an untouched world. All the cities of the south have bloomed since then, like mould on a Petri dish.


Ramon was among the second wave of colonists. He’s gone from being nothing in the hills of Mexico to being nothing on this strange alien world. His only friend Griego tells Ramon God meant him to be poor, or he wouldn’t have made him so mean. Ramon’s rage has never deserted him. It was there in the alley behind the bar, but he can’t actually remember why he killed the European.


Leaving all the hell and shit and sorrow of Diegotown behind, Ramon’s plan is to look for minerals in the unmapped lands while the heat dies down. He’s made a bare living prospecting so far, expecting each trip to be the big one that’ll make him rich, and this one is no different. The first samples he blows out of the mountain, however, bring down the mountain upon him as well and a whole undiscovered alien race. Ramon is tethered to one of them and set to ‘perform his function’. Whatever that means, he’ll find out. And he’ll remember why he killed the European.