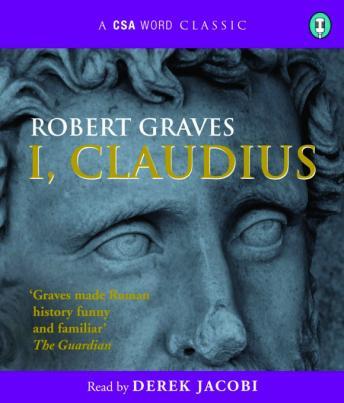 I, Claudius is Robert Graves' riveting account of Ancient Rome in all its madness and debauchery. First published in 1934, and written in the form of Claudius' autobiography, it endures as one of literature's most celebrated and compelling historical novels.


Abhorred for his weakness and viewed by his family as little more than a stammering fool, the nobleman Claudius quietly survives the intrigues, cruelties and bloody purges of the imperial Roman dynasties. From the sidelines he observes the reigns of its emperors: from the wise Augustus and his wicked wife Livia to the sadistic Tiberius and the excesses of Caligula. I, Claudius paints a vivid, and sometimes funny, picture of the ancient world - highlighting the complexities and politics inherent in Empire-building.

This title is due for release on October 11, 2007
We'll send you an email as soon as it is available!