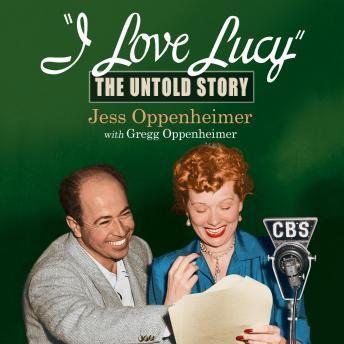 I Love Lucy: The Untold Story

All royalties from this edition benefit The Motion Picture & Television Fund-caring for those in the entertainment community who are in need.

"A true genius. I owe so much to his creativity and friendship." -Lucille Ball

Jess Oppenheimer, "the brains" of I Love Lucy, gives us an insider's view of this groundbreaking show, generously interspersed with recordings of classic Lucy radio and TV comedy performances-including her famous "Vitameatavegamin" routine.

Oppenheimer weaves a wonderfully entertaining tale of the creation of this landmark series and its evolution from Lucy's hit radio sitcom, "My Favorite Husband." Lucy aficionados will delight in his personal accounts of stars like Desi Arnaz, William Frawley, Vivian Vance, and of course, Lucille Ball.

I Love Lucy: The Untold Story

This title is due for release on December 25, 2012
We'll send you an email as soon as it is available!