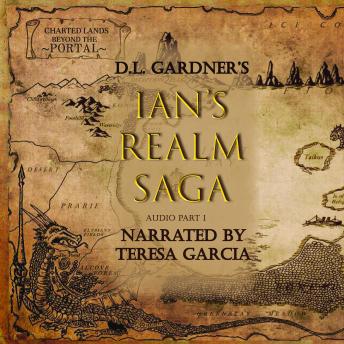 When reckless Ian enters a portal to another world, he's thrust into a conflict with dragon worshippers -- and an epic battle between good and evil... A magical fantasy collection!

'There is a constant battle being waged between hope and despair and you are never quite sure how things will develop. By the novels end I felt that things were only just beginning for Ian and I wanted more - a mark of Gardner's skill as a storyteller.'

The books included in Ian's Realm are

The first book of a trilogy, Deception Peak is a young adult adventure fantasy about a teenager, Ian Wilson, who follows his father through a portal that magically appears on their computer screen.