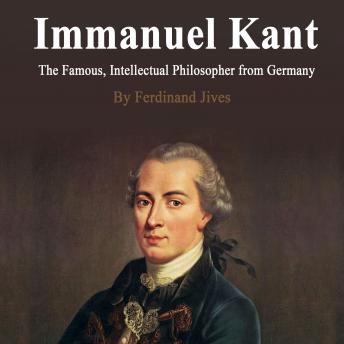 Listen to a handy synopsis, overview, and background of Immanuel Kant and his philosophical teachings.

Immanuel Kant was born in the 18th century in Prussia. So actually, he wasn’t originally from Germany. Nonetheless, he set the stage for German philosophy in the following century.

According to Kant, philosophy is the result of human reasoning. He reasoned about metaphysics, intelligible objects, and ethics. Other subtopics in this guide include:


- His revolutionary method that he called ‘criticism.’
- How Kant became the landmark intellect of Germany.
- Brief personal anecdotes and views.
- Immanuel Kant’s historical background and biography.
- References to his works and essays.
- A comparison with Scott Peck’s views and perspectives.

Hear about discussions that concern good and evil, happiness, religious supremacism, balance in life, and other controversial topics.