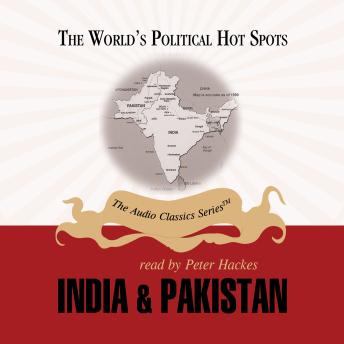 As one of the world's most ancient civilizations, India presents a rich mosaic of political, religious, and cultural influences. In 1947, this vast region was split; Pakistan was created to separate Muslims from Hindus, and millions died. Strife and political troubles continue to plague India.
The World's Political Hot Spots Series explains the basis of conflicts in some of the world's most politically sensitive areas. Many of these regions are in today's headlines, and tensions recently have become violent in virtually all of them. Each presentation covers up to ten centuries of background, revealing how and why today's problems occur.