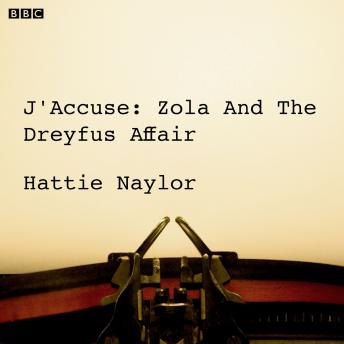 A BBC Radio 4 full-cast dramatisation by Hattie Naylor. This play was inspired by a newspaper article written by Emile Zola in response to the Dreyfus Affair of the 1890s, when a Jewish army officer was persecuted and wrongly imprisoned by the French military and judicial establishment. Louis Gregori gives a right-wing and nationalistic perspective on the events that led him to believe that the murder of the guiltless Dreyfus was the correct and only action. Starring Mark Heap as Louis, Kathryn Hunt as Dominique with Graeme Hawley, Conrad Nelson, Paul Mundell and Jonathan Keeble. Directed by Pauline Harris.