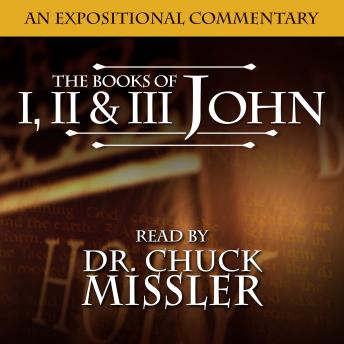 Of John's five New Testament books, these three include a sermon and two personal letters, one of which may have been written to Mary, the mother of our Lord. His Gospel deals with our past: Salvation. Revelation deals with our future. John's First Epistle deals with our present: Sanctification. It has been called the New Testament sanctum sanctorum. John's bandwidth extends from the practical, the Christian's Bar of Soap', to the hyperspace of our resurrection body! John's second epistle appears to have been a personal letter to Mary, having been given into his responsibility at the Cross. If so, it has a number of profound implications. John's third, very brief, note deals with three people, all Christians: Gaius, the encourager; Diotrephes, a gossip; and Demetrius, an example to be imitated.
This study contains 8 hours of verse by verse teachings