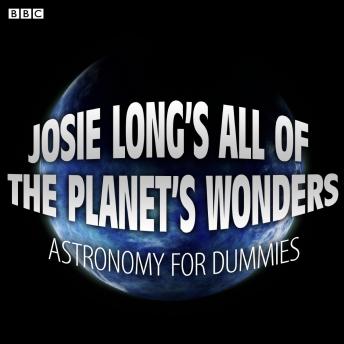 The first episode, ‘Astronomy for Dummies’, of the BBC Radio 4 comedy series, ‘All of the Planet’s Wonders’, in which award-winning comedian Josie Long attempts to better herself through learning from reference books, with help from Irish comedian Maeve Higgins. Originally broadcast 18 February 2009 and repeated on 28 December 2010. In this episode Josie uses the book ‘Astronomy for Dummies’ to try and unravel the greater mysteries of the cosmos.