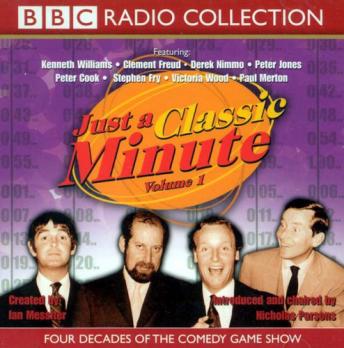 Just as uproariously funny – and terrifically popular – today as when it first began on BBC Radio 4 in 1967, Just a Minute challenges contestants to speak for one minute on a given subject without repetition, hesitation or deviation. Its mix of irreverent fun and ferocious competition has always attracted stellar names from the world of comedy and theatre. In this edition, radio's favourite chatterers pit their wits - and their words - against the clock in a hilarious selection from the long-running comedy game show. Nicholas Parsons hosts, with panellists Peter Jones, Clement Freud, Derek Nimmo, Tony Hawks, Fred MacAulay, Kit Hesketh-Harvey, Paul Merton and Caroline Quentin.