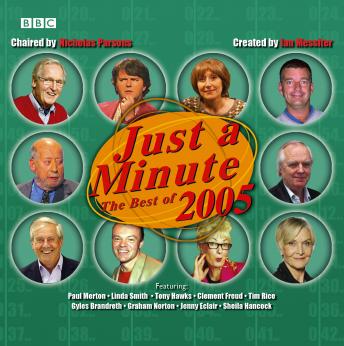 Just a Minute was devised by the late Ian Messiter, who came up with the idea on the top of a number 13 bus, where he suddenly remembered the ordeal of speaking for one minute without hesitation or deviation being meted out by one of his school masters to his class. This challenging task is hilariously attempted by a host of top comedians and entertainers in these four great shows from 2005. Panellists include Paul Merton, Graham Norton, Clement Freud, Linda Smith, Tony Hawks, Sue Perkins, Stephen Fry, Jenny Eclair, Julian Clary, Ross Noble, Lisa Tarbuck, Tim Rice and Wendy Richard.