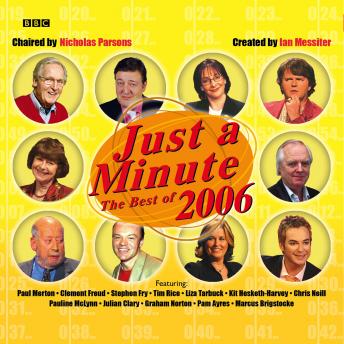 Four of the best episodes from 2006 of the much-loved, long-running comedy panel game. With Nicholas Parsons in the chairman's seat, Just a Minute is the unfailingly witty series in which a variety of guest players attempt to speak for one minute on a given topic - without hesitation, repetition or deviation. Panellists in these four shows include Paul Merton, Clement Freud, Stephen Fry, Tim Rice, Liza Tarbuck, Kim Hesketh-Harvey, Chris Neill, Pauline McLynn, Julian Clary, Graham Norton, Pam Ayres and Marcus Brigstocke.